The institution House of Peace

The institution House of Peace, Mission House Tasiilaq is an international foundation that aims to promote the Christian faith in East Greenland and let God’s love be discovered and experienced among the East Greenlanders. In order to realize this, we want to build a mission house in Tasiilaq which can facilitate different Christian work.

The foundation was established in 2015 to meet the need to create a facility for the Christian work that is being done on the Eastcoast of Greenland.

The board consists of 7 members: 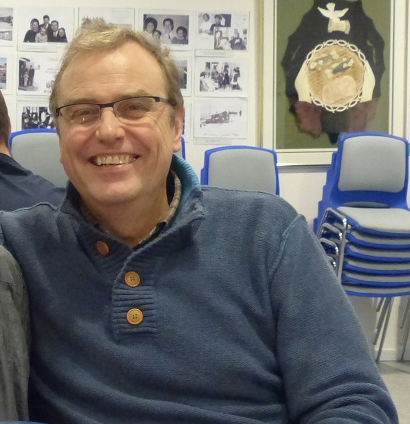 Since 2005, part of the board comes twice a year to Tasiilaq to bring the people here into contact with the Gospel. These are short-term mission trips that are structurally done by 5 people from three different countries. Their passion is to encourage and equip the people in Tasiilaq with the love of Christ.

John Østergaard Nielsen has until 2018 been pastoring the INO church (greenlandic free church) in Nuuk and was the national leader of INO. INO has been praying for the Eastcoast for many years and have helped launch the church work in Tasiilaq. Having become believers and members of INO during their stay in the capital Nuuk, Anitse Ignatiussen and her husband had for example started bible meetings upon their return to Tasiilaq.

In 2014 Peter and Katharina de Graaf (www.lightingreenland.com) came as missionaries from the Netherlands to Tasiilaq, to structurally organize the missionary work and to disciple young local believers in their daily lives. They have built up close ties with the Greenlandic free church INO, which is widely spread out over the Westcoast of Greenland.

From the cooperation in the missionary work in Eastgreenland between the various parties represented on the board (short term missionaries, INO and Peter and Katharina de Graaf), the foundation was created. Together we want to provide the missing facility for the christian work so that it can grow and bear much fruit.